Japanese maples have some of the most beautiful foliage of any landscape trees. Leaves are long and wide, having several lobes in odd numbers, between five and nine. Even trees produce flowers; those of the Japanese maple yellow to red, as seen in the following photo of Acer palmatum 'Hana fubuki'. 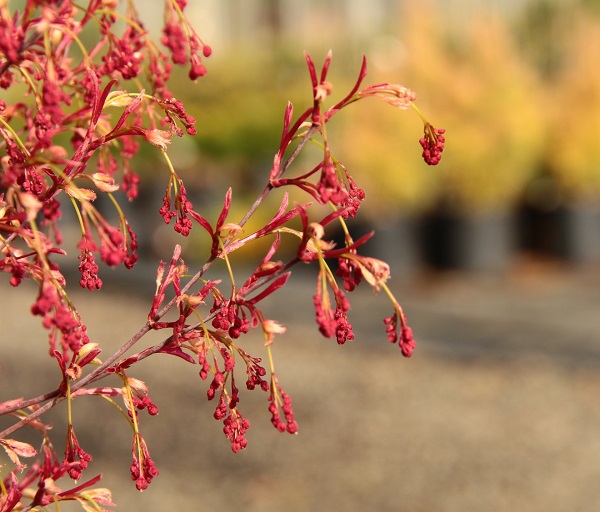 Many landscapes feature a Japanese maple either as part of the planting. These gorgeous trees are often chosen for their diverse forms and colors and their relatively slow growth, making them both attractive and easy to manage for homeowners. There are over a thousand varieties of Japanese maples, of which we grow about 100. Selecting the varieties that have the most attractive leaf color, the most appealing branch structures, and the hardiest varieties allows customers in many parts of the country to enjoy the diversity of the Japanese maple.

The slower-growing varieties are often the most desirable. One such cultivar is Acer palmatum 'Mikawa yatsubusa'. The densely-branched form of this maple makes it an excellent selection for bonsai. Its naturally-slow growth rate and the clustered leaf arrangement give it an ancient look! 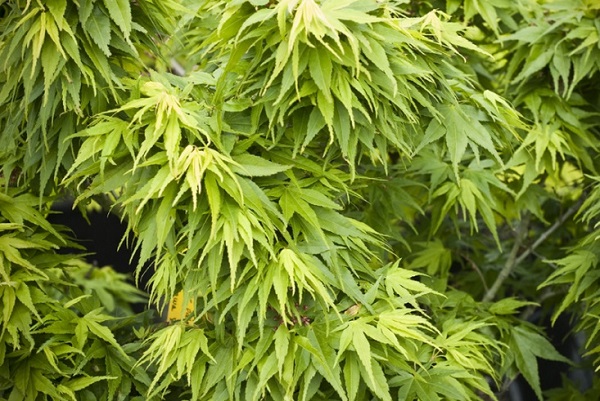 A similar variety is Acer palmatum 'Kuro hime', which is slightly more globose, having new growth a host of pink, and orange-yellow tones. By late summer, the older foliage darkens to a deep green color with only pink highlights remaining at the growing tips, giving a beautiful color contrast. The name of this maple in Japanese means "black princess." 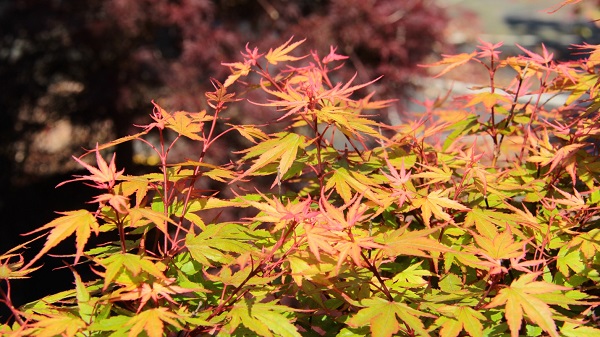 Some cultivars are chosen for their unique and colorful leaves. Those with a distinctive pattern highlighting the leaf venation are called "reticulated." The incredible coloration and contrast on such varieties is truly breathtaking.

One such cultivar is Acer palmatum 'Amagi shigure'. This slow-growing, upright tree has a remarkable pinkish-red reticulation that makes the leaves glow in spring. By summer, the color dulls to hues of white and green with reddish highlights and darker leaf veins, especially on newer shoots; this gives the leaves of this maple a spider-web appearance. 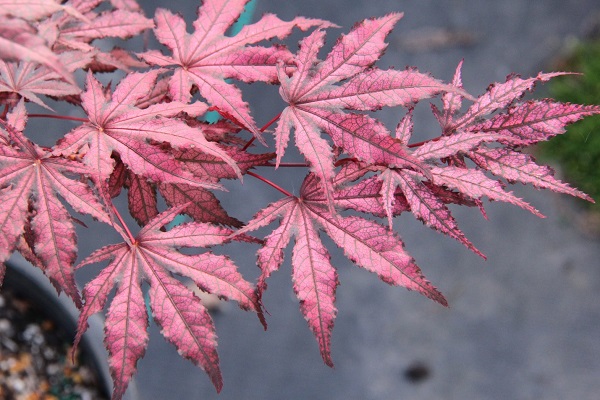 Many people are familiar with the lace-leaf maples. This type of Japanese maple has thinly-lobed leaves with a delicate appearance. Several varieties of this form have a slightly pendulous or weeping habit, which is why these types are commonly used in landscapes, as a centerpiece for a flower bed or to accent the borders of homes.

Acer palmatum 'Red Feathers' is a popular lace-leaf with red foliage. Its deeply-dissected foliage gives an elegant, feathery appearance, made even more spectacular by the gracefully-weeping form. 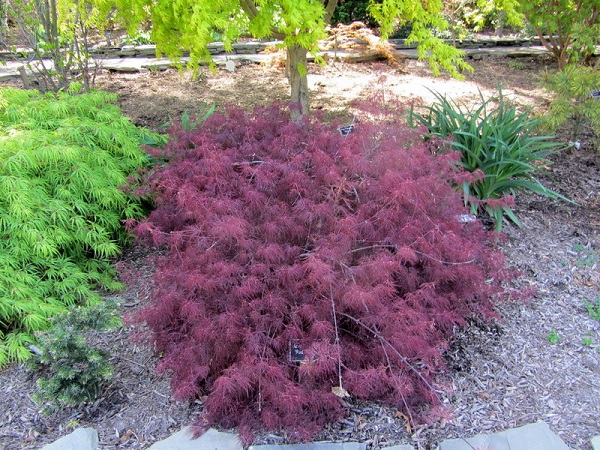 A similar lace-leaf maple with a green color is Acer palmatum 'Emerald Lace'. The tiny leaves have a very delicate appearance and a nice light green color in spring, darkening in summer before changing to a copper orange in autumn. This variety also spreads and weeps, making it a fairly low-growing plant that does not become a towering tree with age. 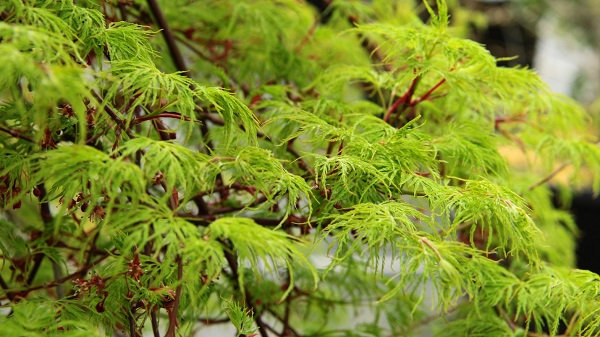