What Is a Witch's Broom?

Grafting season is nearly upon us again, and we are setting out to collect many of the witch’s brooms we have discovered in the past year. But what is a witch’s broom exactly? It is a mutation on a tree that causes a portion of the branches to grow much slower from a certain point. After a few years, this anomaly is much easier to see since it appears as a dense, often globose, appendage on the tree.

Sometimes these are caused by mistletoe, fungi, or insects, but the ones which can be successfully propagated as dwarf trees are caused by genetic mutations. In many cases, it is difficult to tell the difference between the genetically stable brooms and those created by external factors. However, if there is a high concentration of witch’s brooms in a particular area, there is a good possibility that they could be caused from a mistletoe infestation or other pathogen in the area. 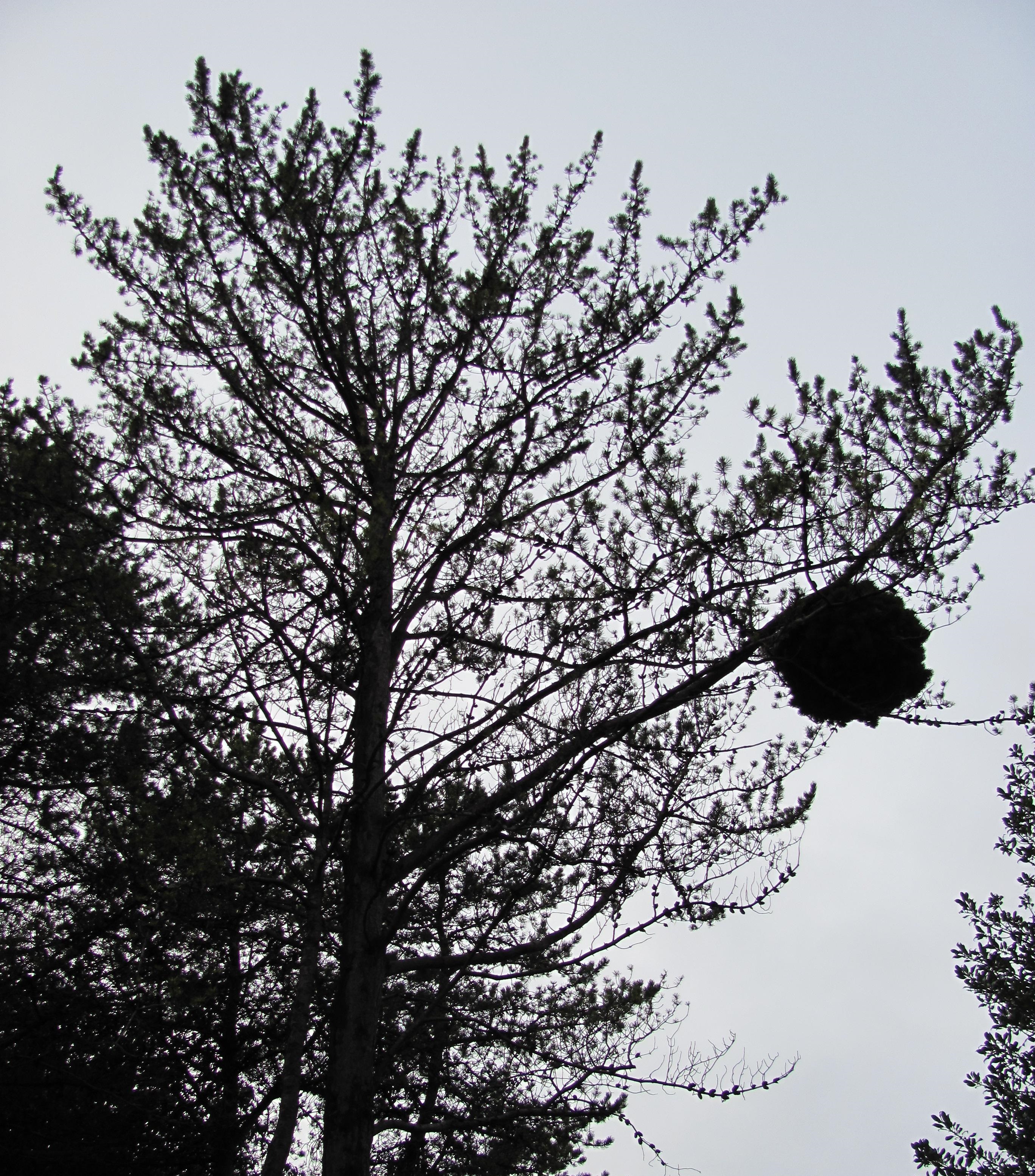 A couple years ago, I (Sam Pratt, CK Sales guy) gave a presentation on witch’s brooms to a horticulture class at Chemeketa Community College in Salem, OR. After having heard about the broom hunting he did in his spare time, another student, Stephanie Krieg, set out to find some witch’s brooms as well. A few days later, she was golfing and found two witch’s brooms at the golf course! Only a few weeks later, Sam was joining her at the golf course to retrieve these brand new finds which would later be named Picea abies ‘Stephanie’s Green Golf Ball’ and Pseudotsuga menziesii ‘Mt. Angel Blue’. The latter one is a compact Douglas Fir that produces cones, and it is currently available for sale. See photos and link below.

We also retrieved a witch’s broom from a tree less than 10 minutes from the nursery! Sam Pratt and Doug Wilson discovered this one, and after receiving permission from the property owner to take some cuttings, we had the ability to propagate a brand new variety of Abies grandis which was named ‘Howell Prairie’ for the nearby community. 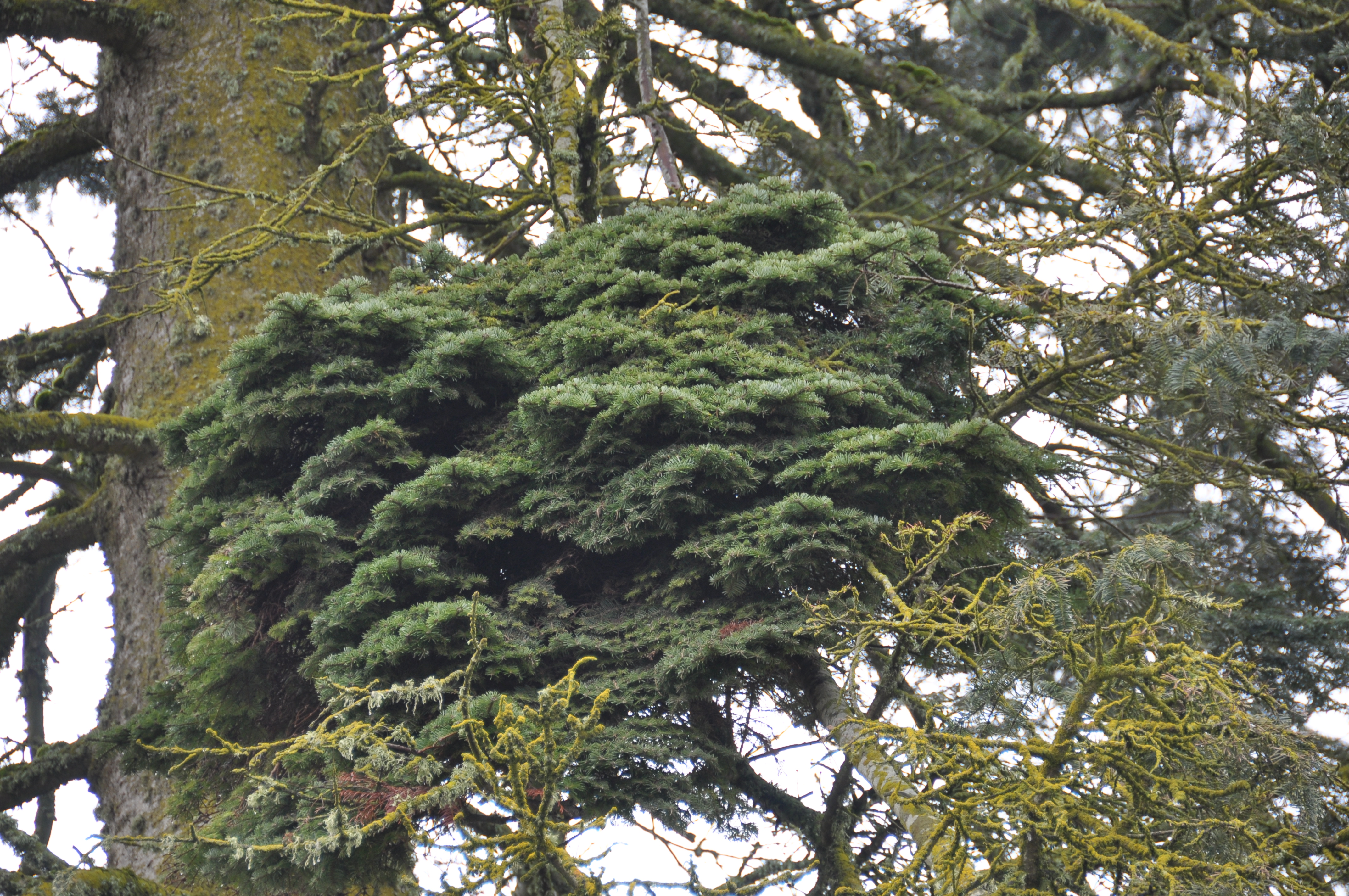 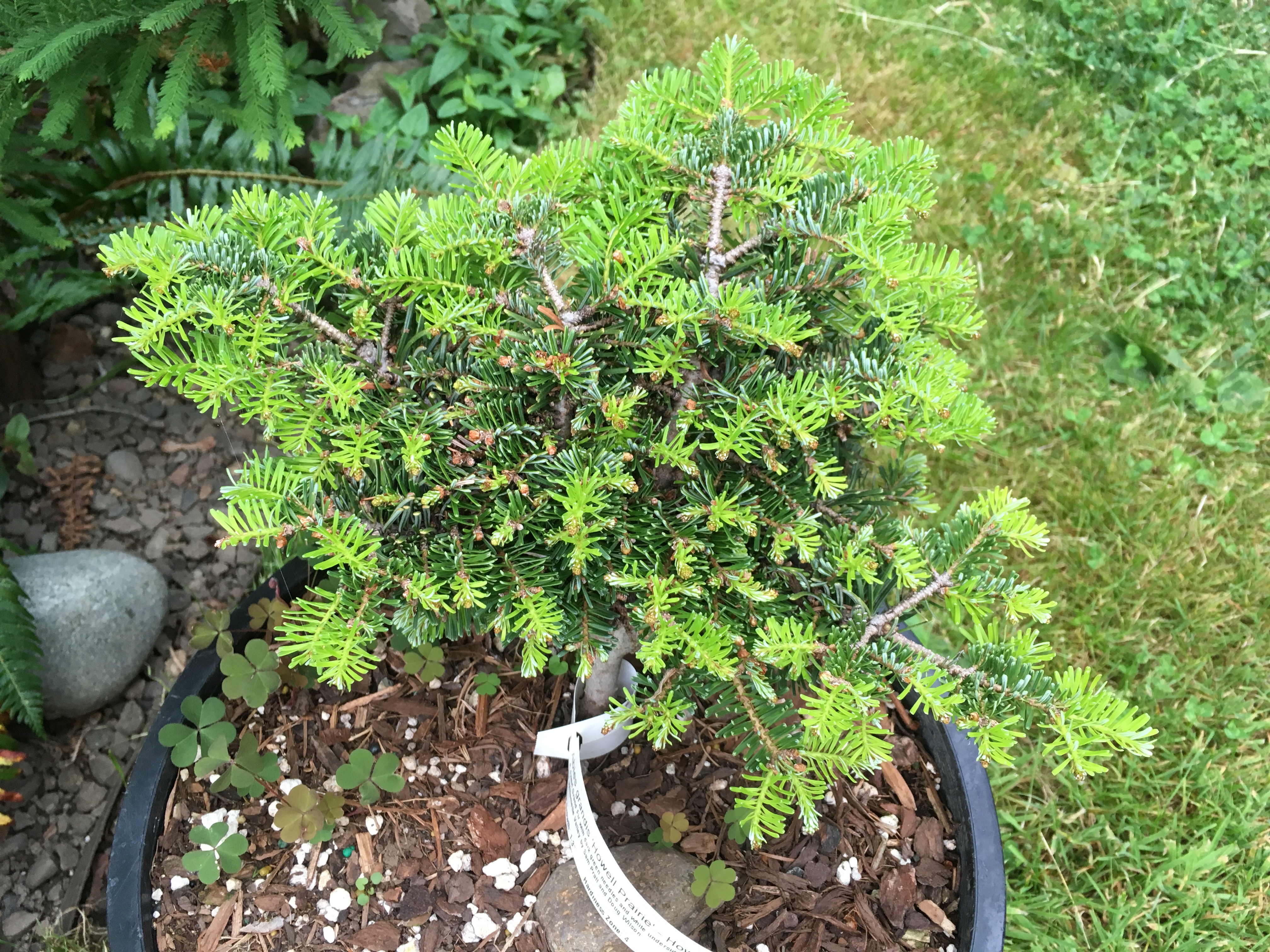 Many of the varieties we offer on a regular basis originated as a witch's broom. Here are a few of my favorites:

Many of the most popular slow-growing conifers that we offer started off as a witch's broom growing on a tree that is popular but perhaps grows too quickly for smaller, urban spaces. Ice Breaker originated as a witch's broom on the very popoular 'Horstmann's Silberlocke' Korean fir. Sharing the same curled needles as its parent, Ice Breaker has remarkably stunning coloration but a more low-growing and rounded habit that makes it easier to maintain in residential landscapes. 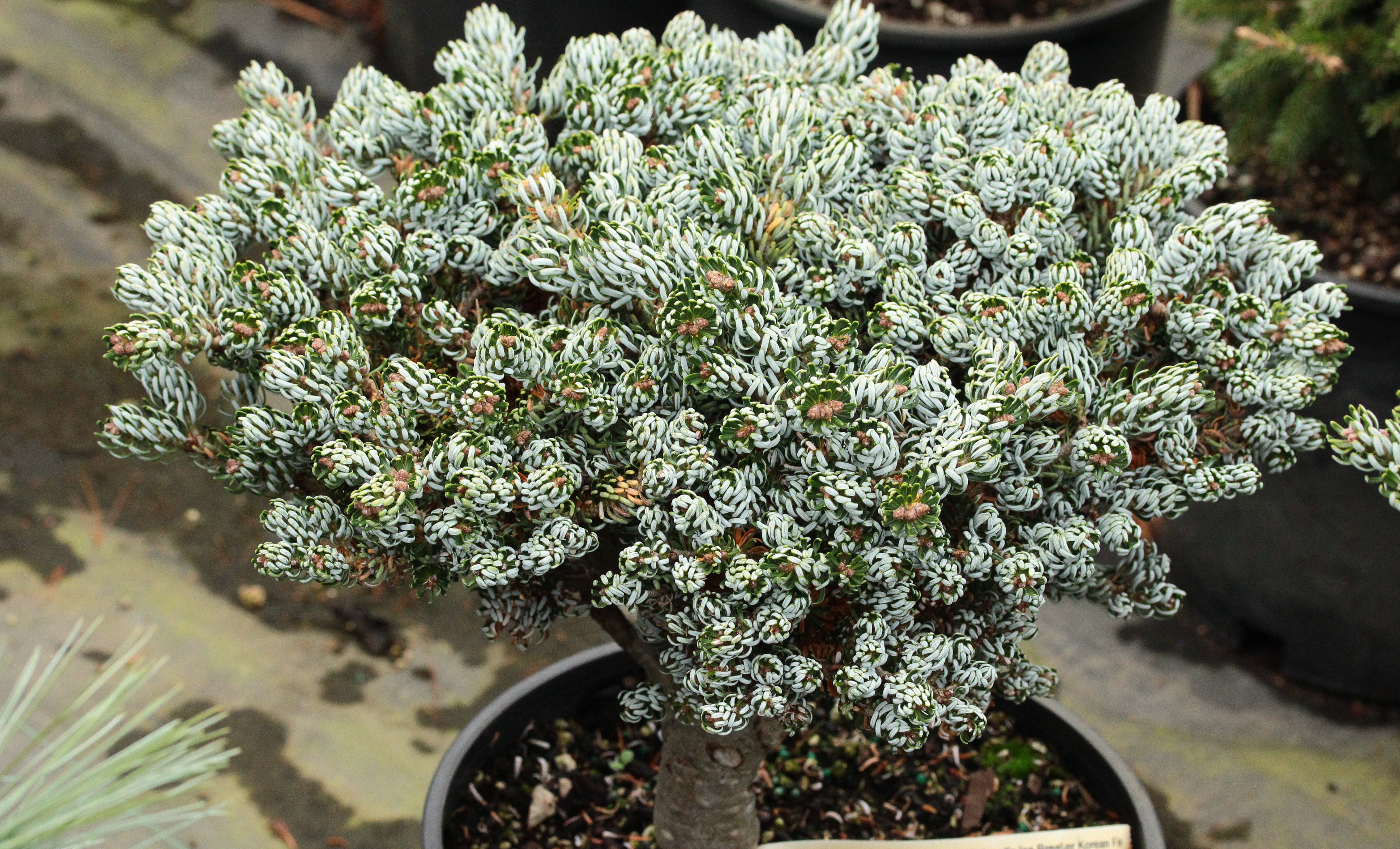 Pusch is another variety found as a witch's broom on a faster-growing variety, and it has become one of our most popular spruces of all time! Can you see why? This variety was cultivated from a witch's broom found on 'Acrocona' which was known for its prolific cone production. However, Acrocona eventually grew much too large for most landscapes! The abundant reddish cones are still present but the slower-growing, mounding habit of Pusch is part of what makes it so desirable: it is easy to fit in a smaller garden! 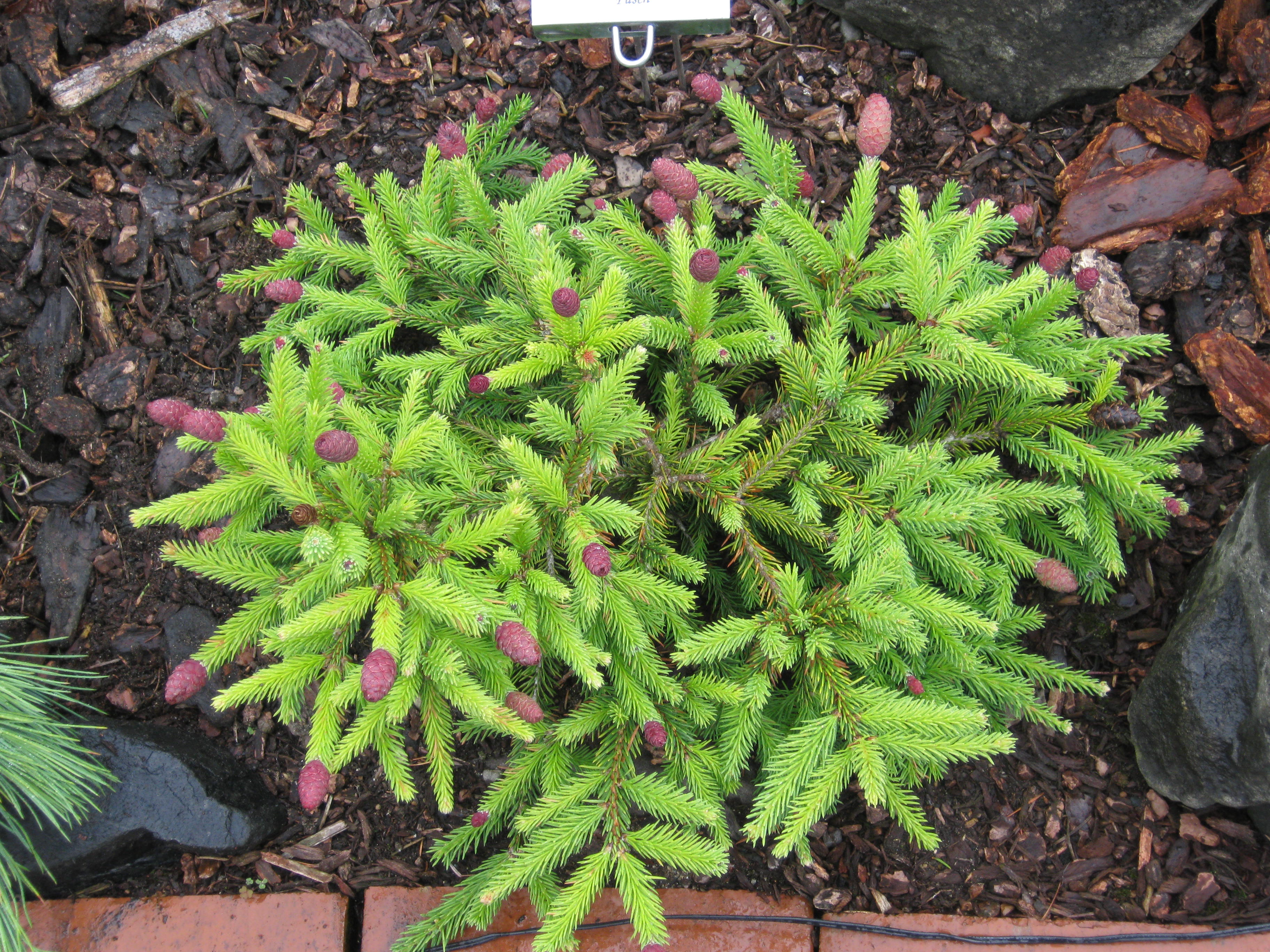 Another exceptional cone-producing dwarf originating as a witch's is Coney Island Eastern White Pine. See how this 5-year-old plant has dozens of large cones?! Shaggy, blue-green needles are soft to the touch 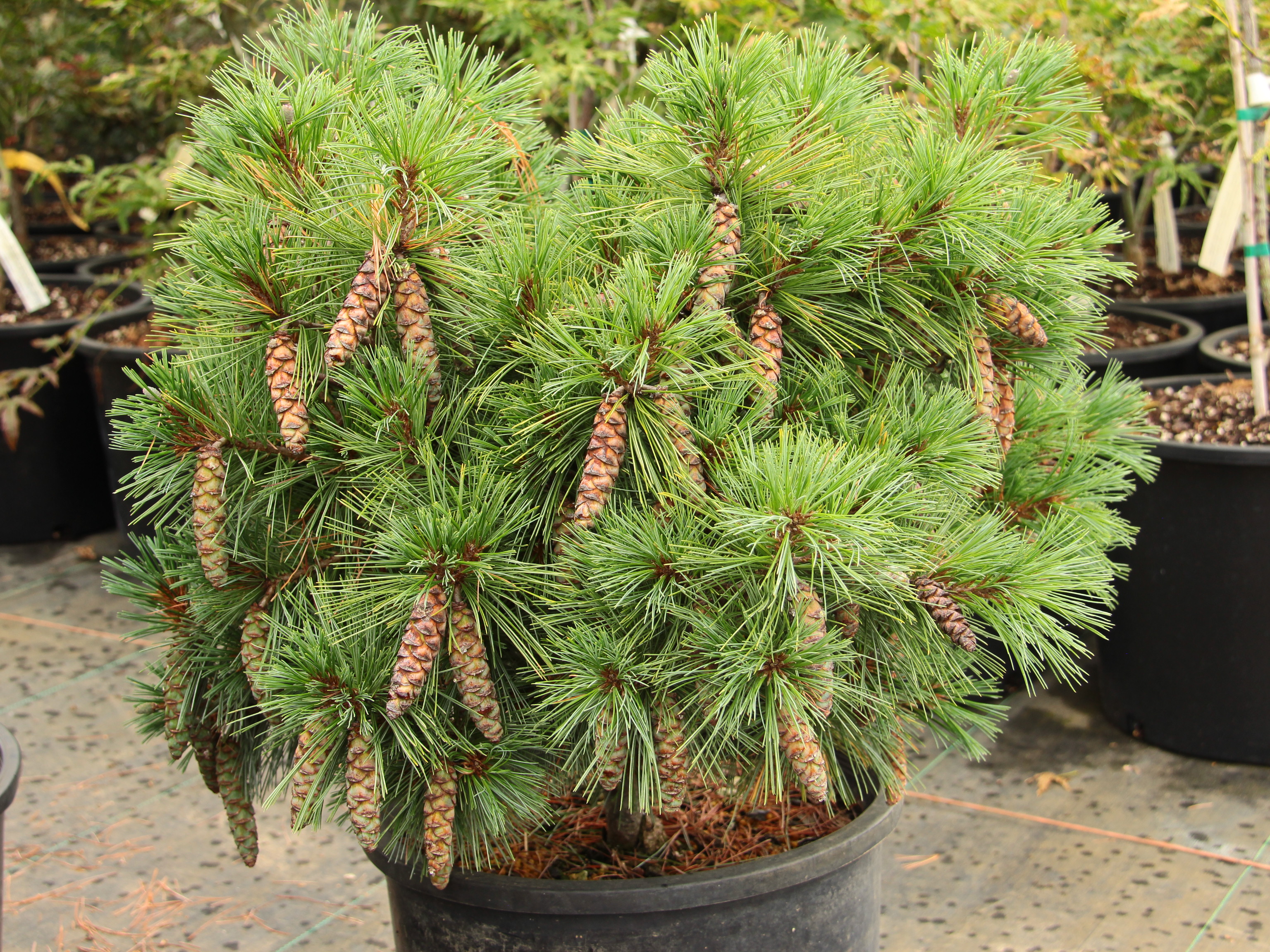 This "broom" is one of my personal favorite Japanese white pines. Found as a witch's broom by Ron Regenhold on the cultivar 'Glauca' in the 1980s. Due to its slow rate of growth and relatively recent introduction, this pine is still rather uncommon yet highly sought-after. (The plant below is nearly 10 years old!) 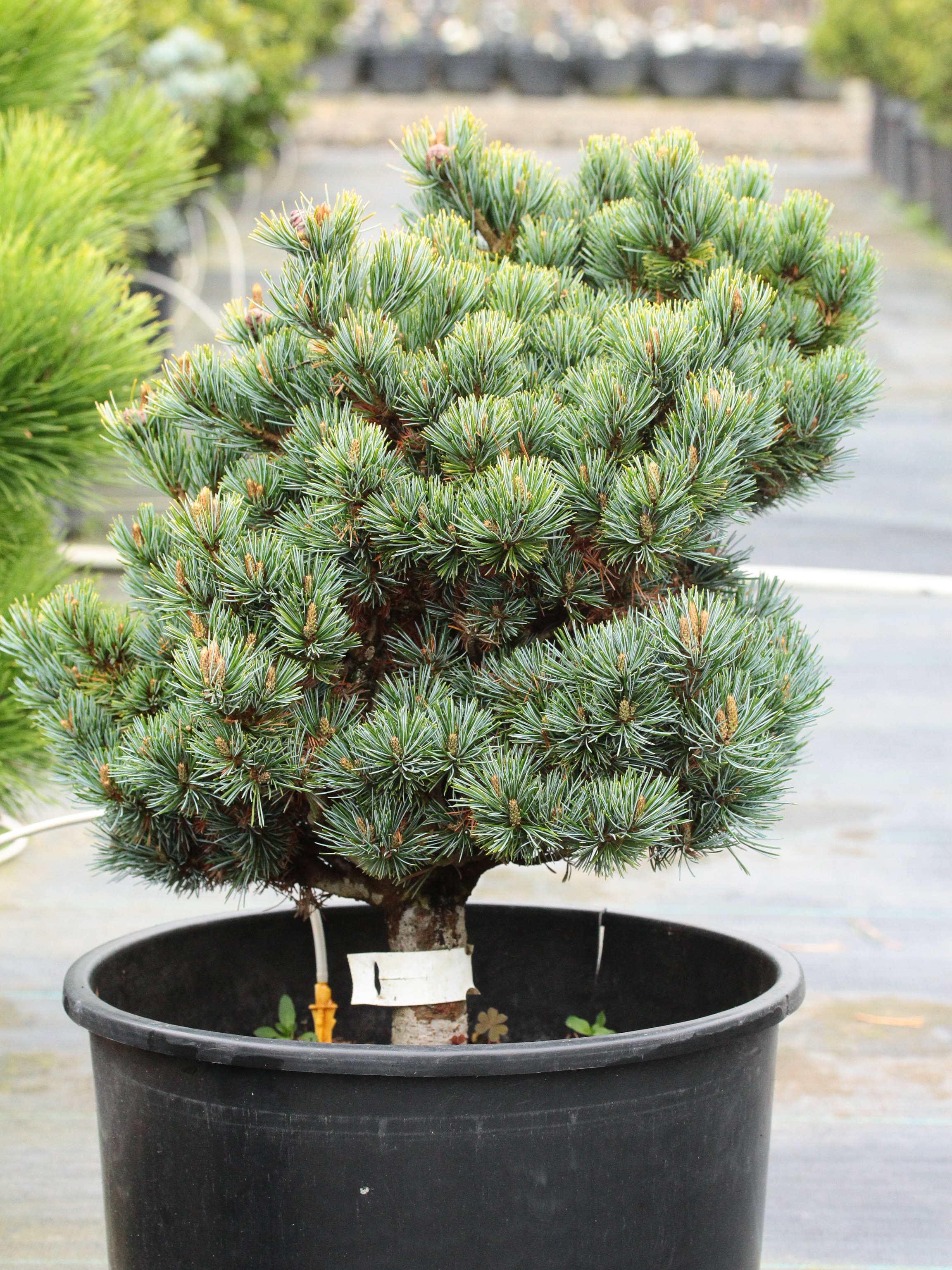 If you happen to spot one of these fascinating growths in a conifer, feel free to send us a photo or even share some cuttings, and we will custom propagate it under a name of your choosing! Broom-hunting is a fun weekend activity—like a conifer treasure hunt!

The propagation process is actually pretty simple. To see a short, informative illustration, see the video below.

In addition to grafting the witch’s broom itself to obtain a unique dwarf, many witch’s brooms produce cones with viable seed that give rise to dwarf seedlings. These witch’s broom seedlings often have superior form to their parent brooms and are more stable and consistently dwarf.

While most maples are regarded for having stunning leaf color in the fall, many Acer palmatum have colorful samaras and outstanding transitional colors from summer to fall. Many maples, when grown in warmer climates, will produce a second flush of growth towards the end of summer. These leaves are sometimes the most colorful and also contrast nicely with the older [...] 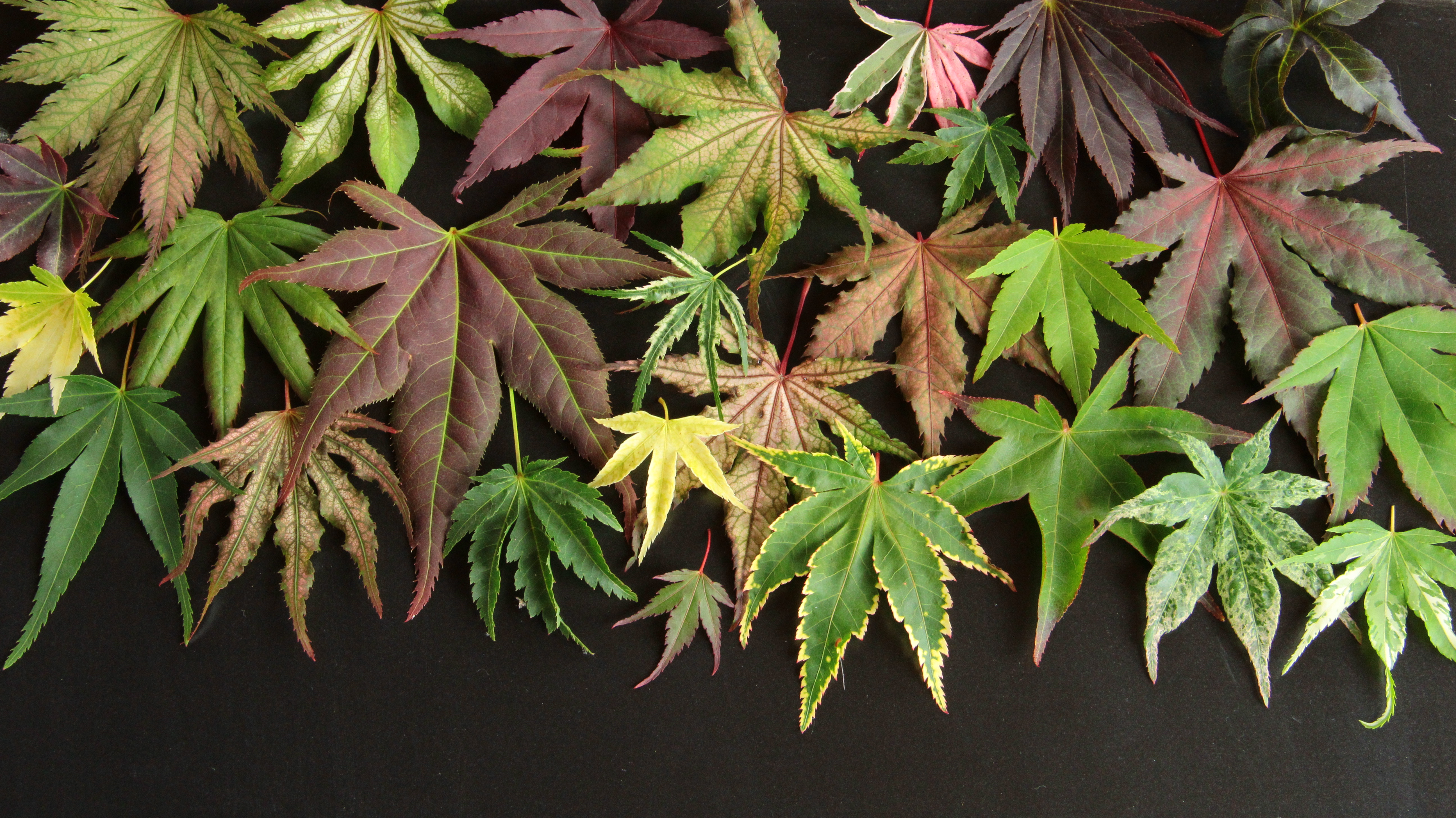 Japanese maples have some of the most beautiful foliage of any landscape trees. Leaves are long and wide, having several lobes in odd numbers, between five and nine. Even trees produce flowers; those of the Japanese maple yellow to red, as seen in the following photo of Acer palmatum 'Hana fubuki'. Many landscapes feature a Japanese [...]

Warmer, springtime temperatures invite a host of colorful foliage to emerge from winter’s dormant buds. At Conifer Kingdom, many plants are beginning to come to life. Among the first conifers to emerge in spring are the larches ( Larix). Golden European Larch ( Larix decidua ‘Lucek’ ) has golden new growth in the spring and appreciates a bit of shading in [...] 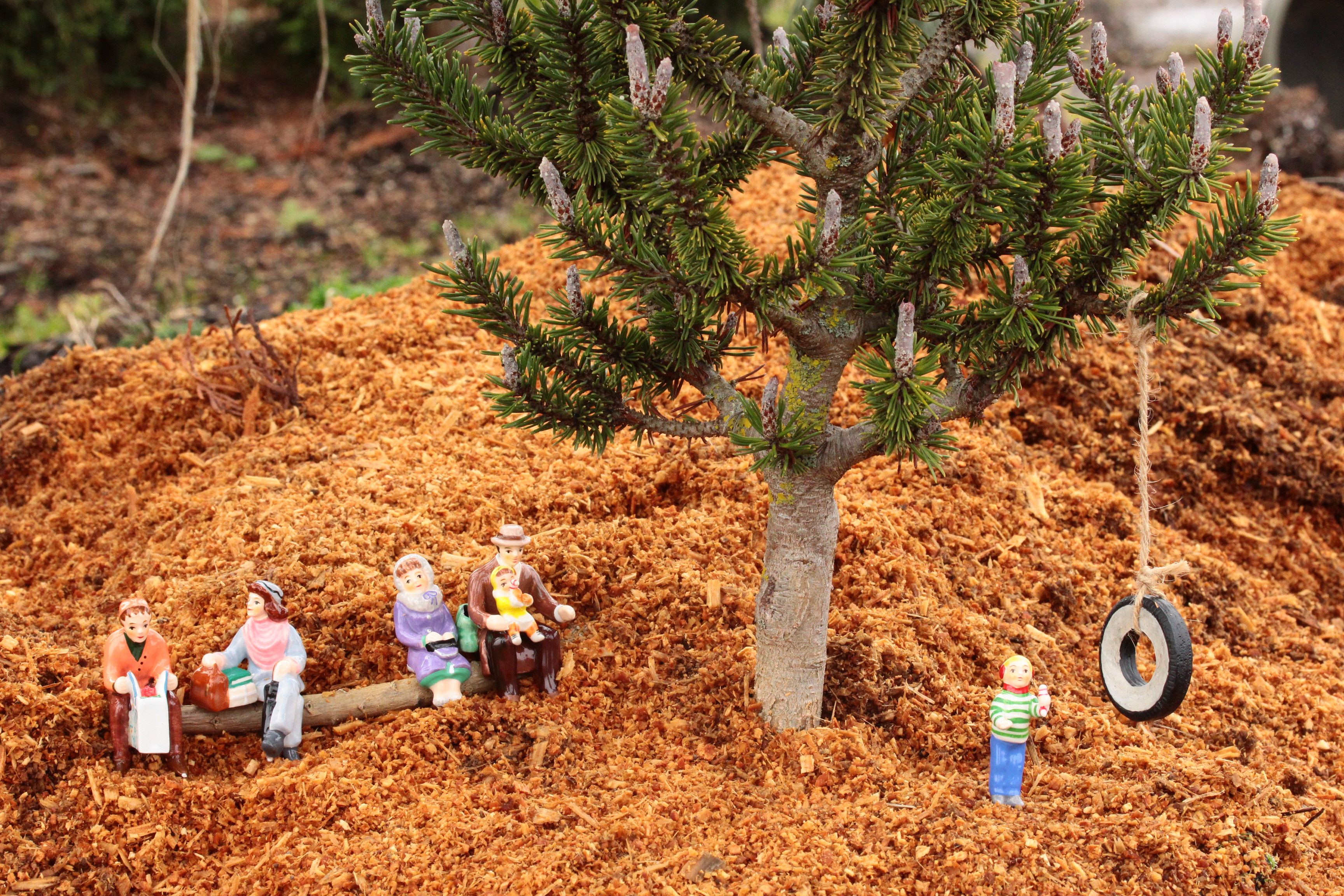 The big back yards of suburbia have become less common, exchanged instead for a green patch behind a townhouse or even a container garden on a balcony or rooftop garden. For gardeners that live in one of these homes with limited planting area, trough gardens and fairy gardens have become increasingly popular. These miniature landscapes are imaginative and intriguing, and [...]